Object of the Month - August

Our August Object of the Month is a recent acquisition that was kindly donated to the museum by the Royal Masonic School for Girls in Rickmansworth. It is a First World War Field Artillery telescope manufactured by Ryland & Son of London in 1917 together with its 1916 Siemens Brothers stand. Quite how this unit came to be at the Royal Masonic School is not known.

Refracting telescopes which use a lens as an objective to form an enlarged image trace their invention to the early seventeenth century where their main uses were for astronomy and navigation. Early telescope construction consisted of barrels made of leather, vellum, or wood with the lenses held in place by brass fittings.

While telescopes have a long history, they only began to be produced in large quantities in the late 18th century due to difficulties with lens polishing, lens composition, and manufacturing. Once these were overcome, the telescope became a vital element of seafaring equipment. Superior optics made the identification of navigational hazards easier and in war or cases of piracy, approaching vessels could be recognized at longer distances. They also made the use of communicating by signal flags practical.

On land, the advantages to an army of being able to see further than the naked eye to not only assess the topography but to track enemy movements are obvious. Telescopes were used initially by the army in conjunction with the heliograph. This was a semaphore system that signalled (generally using Morse code) by flashes of sunlight reflected by a mirror. With a suitable powerful telescope as a receiving instrument, the heliographs could be spaced out over considerable distances. This was first used during the Second Anglo-Afghan War (1878-1880) and also achieved success during the Boer Wars.

During the First World War (1914-1918), telescopes were used by snipers and by artillery observation to determine enemy positions and potential targets. Great efforts were made by observers to elevate themselves in surviving buildings and in balloons not only for the panoramic view it afforded but in order to calculate the range to the target, to observe the fall of artillery shot and to relate any adjustment to the detachments.

For field observation the telescope could be attached to the stand or tripod which is dated 1916 and manufactured in London by Siemens. It has a fixed bronze plate marked 0 to 180° Right and 0 to 180° Left to aid bearings and upon this rests a moving plate to which the telescope is fitted. This is marked with an arrow enabling a traverse reading to right or left. A small spirit level is also present together with a gauge reading the telescopes angle of elevation or depression to +10 and -10°. 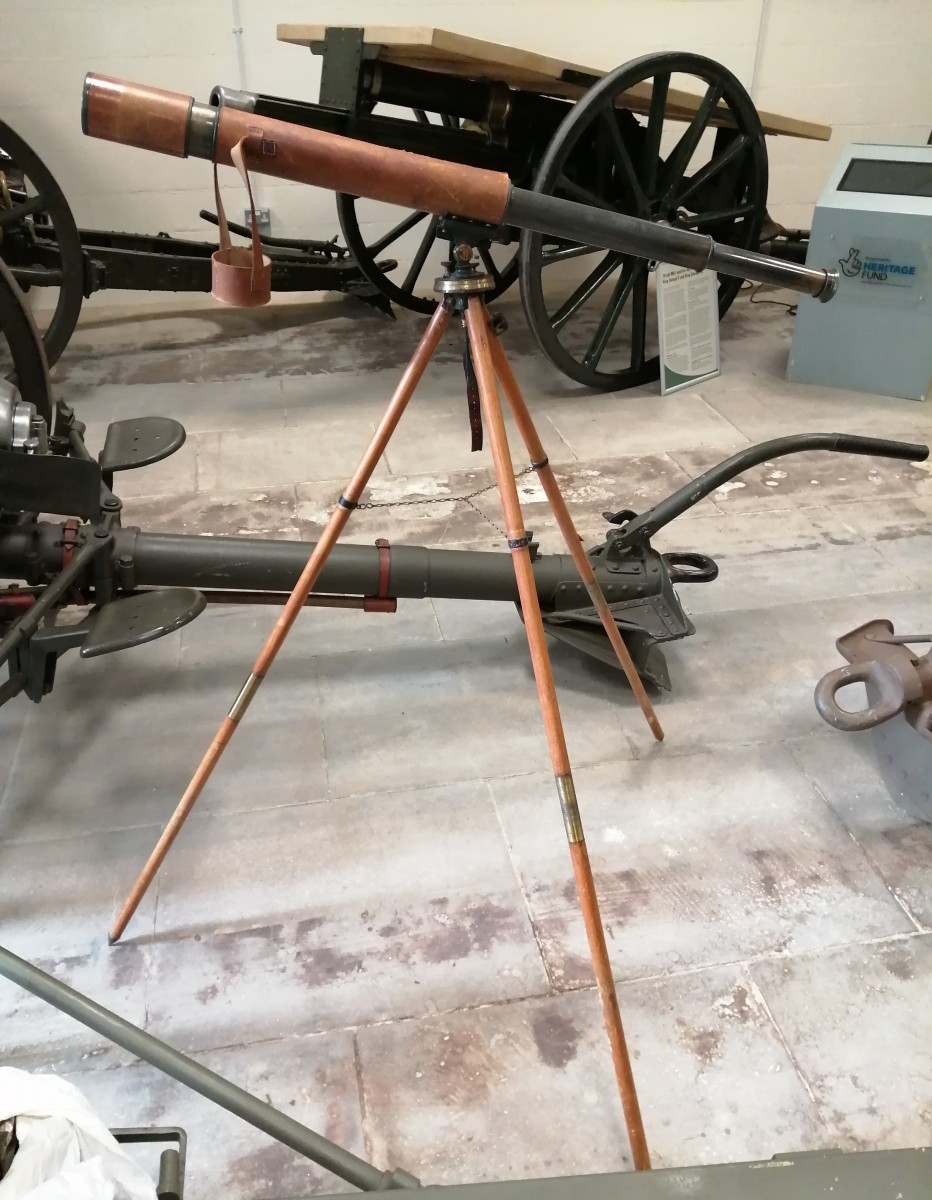