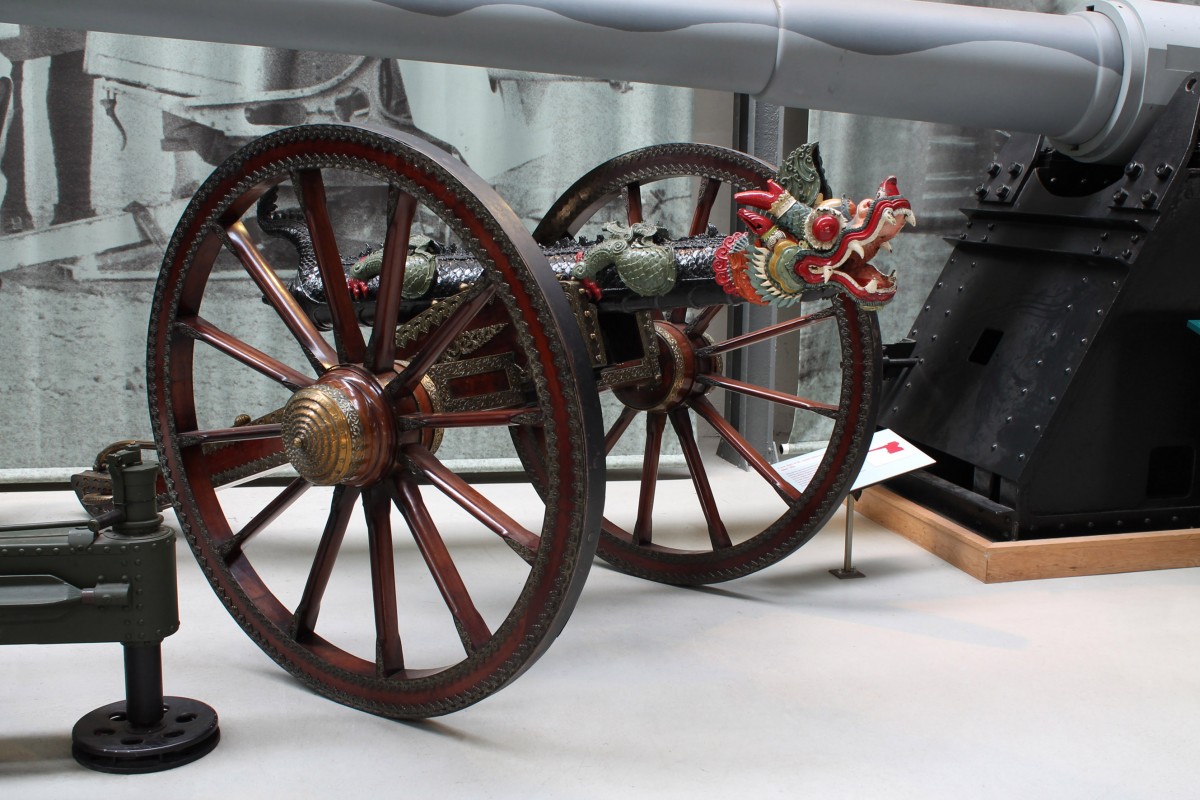 While our collection features examples of most artillery weapons and systems used in defence of the nation, we also have a number of rare and highly decorated artillery pieces from India, China and Burma.

This dragon gun is one of four captured by General Prendergast from King Thibaw's Palace in Mandalay on 28 November 1885 as part of the Third Anglo-Burmese War.

On 9 November 1885, Burma refused the ultimatum issued by the British that the Burmese accept a new British resident in Mandalay, that any legal action or fines against the Bombay Burmah Trading Corporation (who had been fined for under-reporting its extractions of teak from Toungoo and not paying its employees) be suspended until the arrival of the resident, that Burma submit to British control of its foreign relations and that Burma should provide the British with commercial facilities for the development of trade between northern Burma and China.

Major-General, afterwards Sir, Harry Prendergast was placed in command of the invasion. As was only to be expected in an enterprise of this description, the navy as well as the army was called in requisition; and as usual the services rendered by the seamen and guns were most important. The total force available was 3,029 British troops, 6,005 Indian sepoys and 67 guns, and for river service, 24 machine guns.

On 28 November, less than a fortnight from the declaration of war, Mandalay had fallen, and King Thibaw was taken prisoner, and every strong fort and town on the river, and all the kings ordnance (1861 pieces), and thousands of rifles, muskets and arms had been taken.

This dragon gun was later mounted on a carriage of mahogany, which was made in the Royal Arsenal at Woolwich in 1858, by Henry Morris, Master wheelwright. Originally presented to Queen Victoria, and housed at Windsor, it was transferred from Windsor to the Tower of London on 9 July 1901 by command of King Edward VII. Subsequently transferred to the Royal Artillery Museum in the Rotunda in October 1930.

The dragon's head on this 18th century cannon symbolises one of the many mythical creatures found in Burmese folklore. The Naga were serpentine dragon-like beings with great powers. They were able to swim through the earth as if it were water and fly through the air. 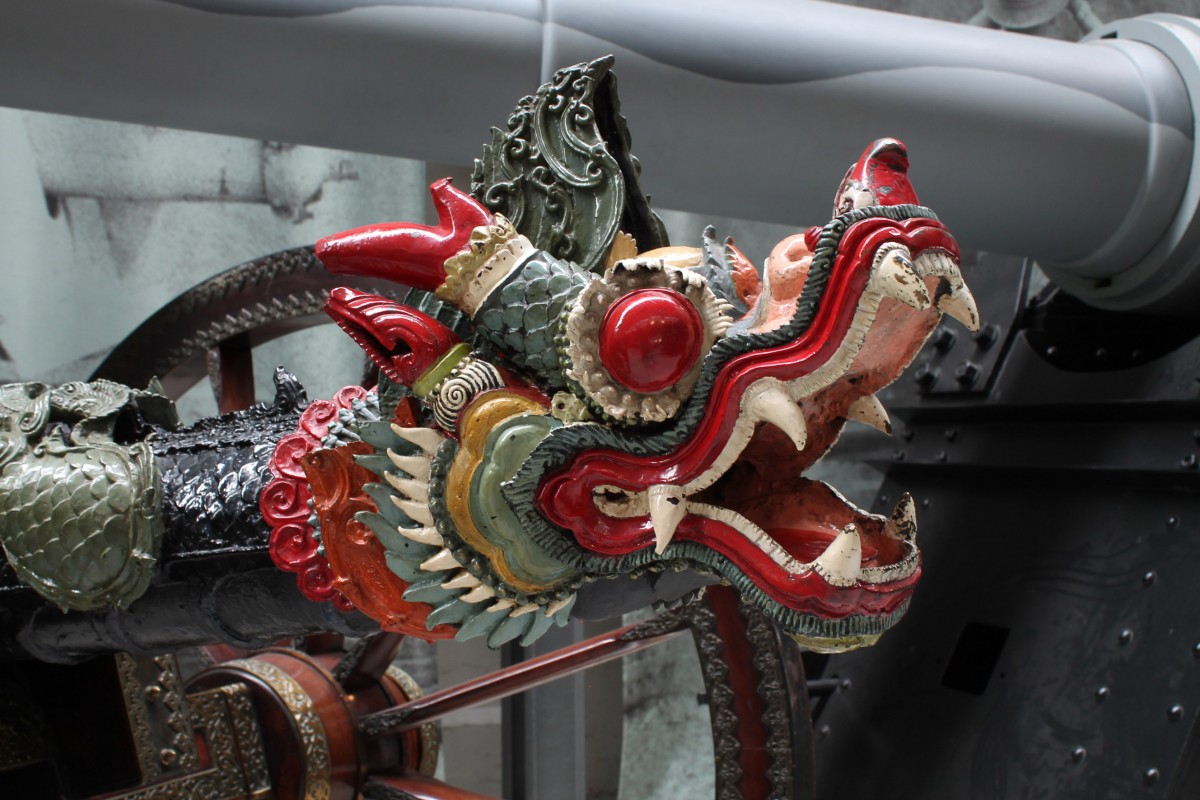 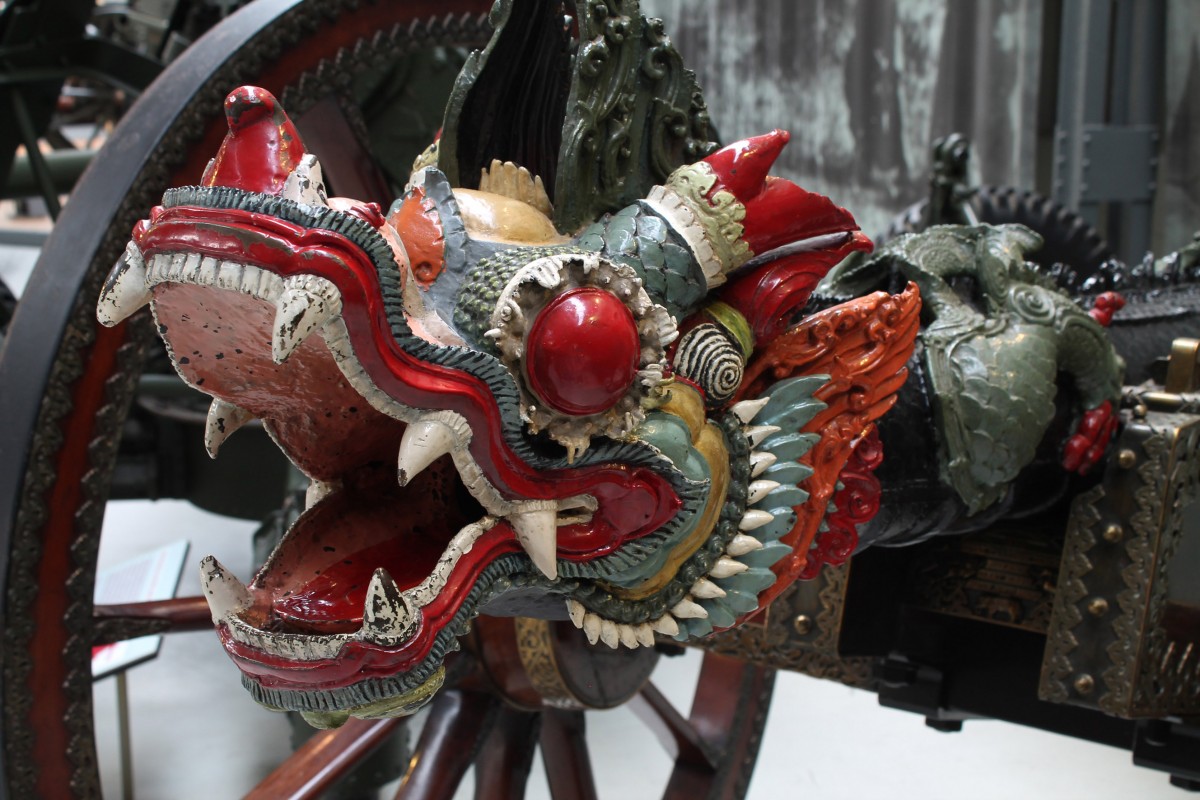 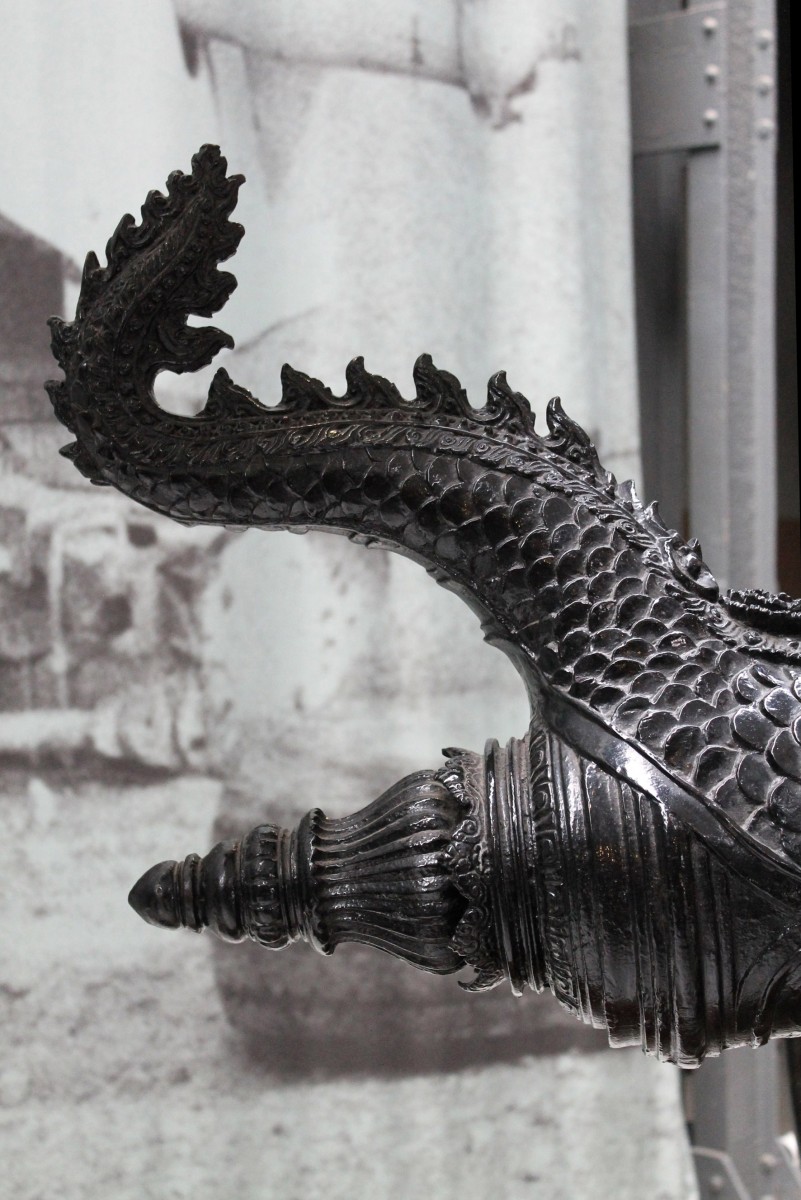 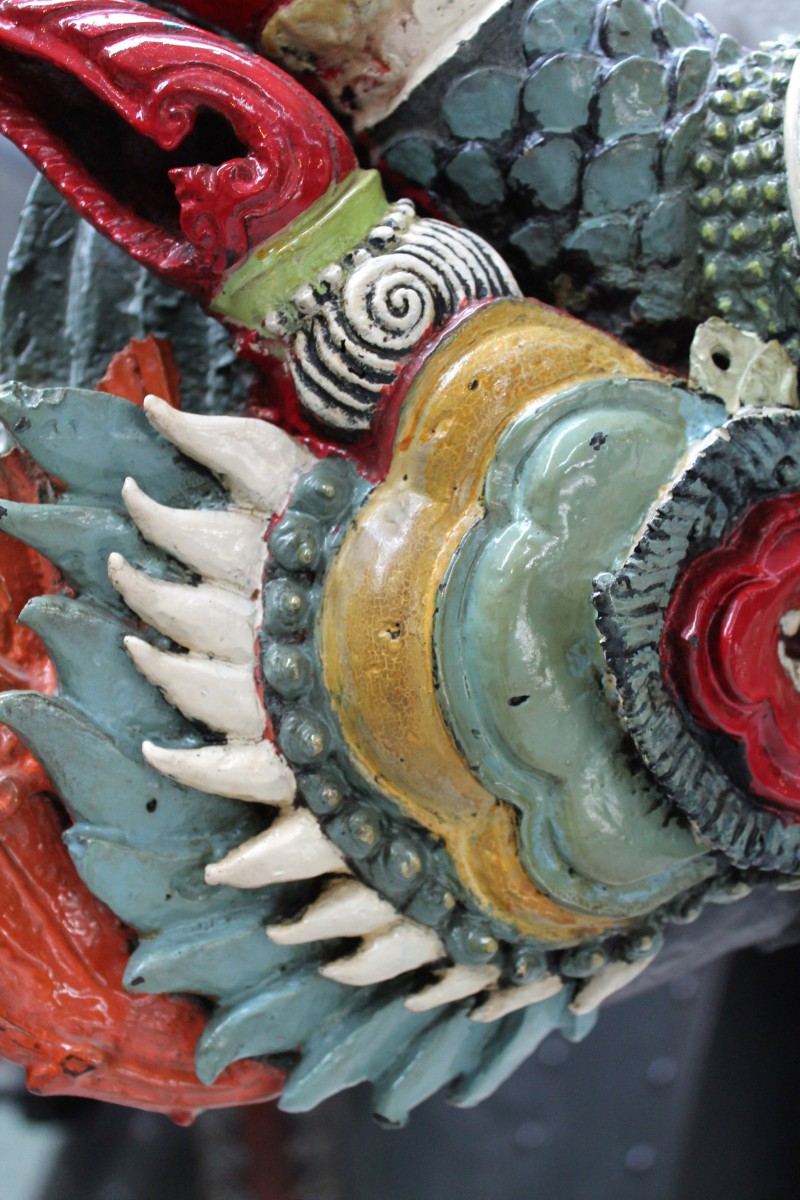 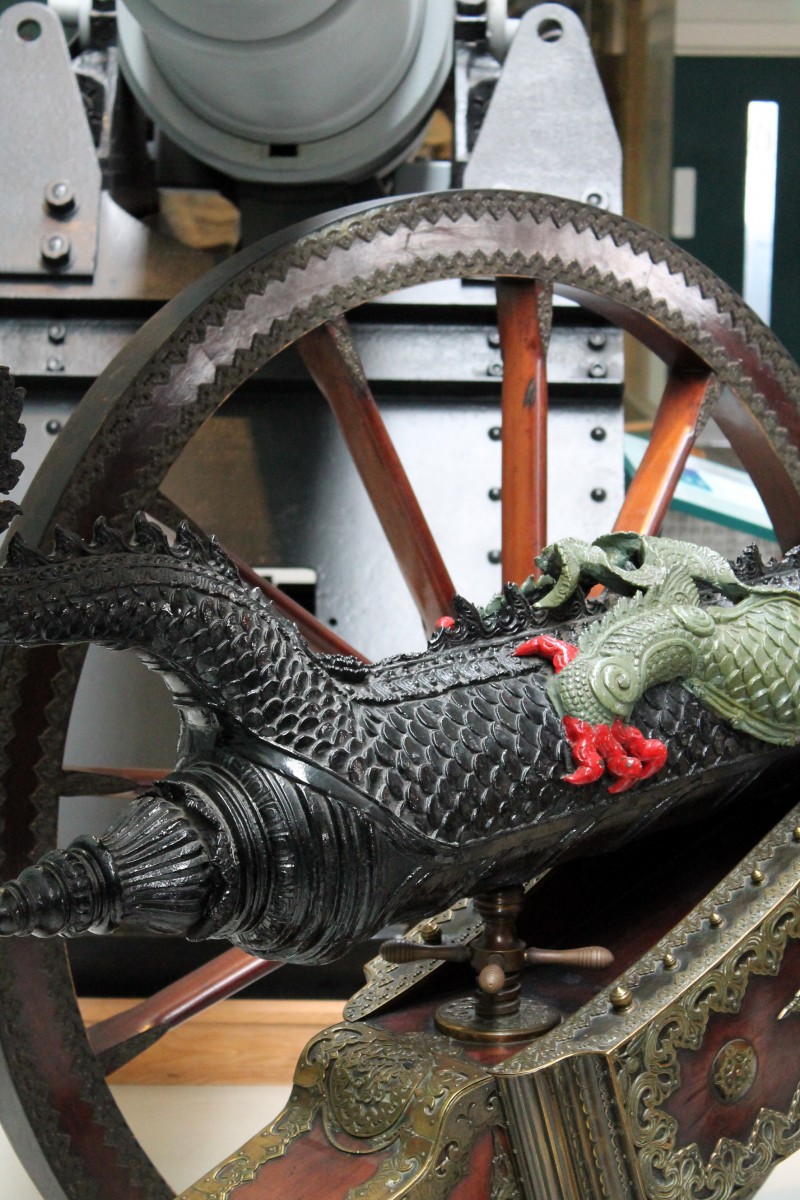