Object of the Month - September

Prev Back to News

Field Marshal Lord Alanbrooke was one of the most notable Gunners in the history of the Regiment, playing a key role in securing victory for the Allies in the Second World War. We are honoured to have many of his personal and service items in our collection. Among them is a unique memento from Sir Winston Churchill with whom he had a famously difficult but highly effective working relationship during the war.

Late in 1945, Winston Churchill decided to commemorate his 1940-45 Coalition Government—which had only broken up six months previously—by striking a large bronze medallion. In early 1946 he presented one to every member of that government, as well as to selected other individuals. In all, there were 136 of these magnificent objects produced, each weighing 246g and measuring 10.2cm in diameter. They were cast at Churchill’s own expense by the foremost manufacturer of such presentation pieces, Spink & Son, a company founded in 1666.

Each recipient had his or her name engraved on the medallion, with the words “From Winston S. Churchill” on the front, within a victory wreath of oak leaves and acorns. On the reverse were engraved the words, “SALUTE THE GREAT COALITION 1940-45.”

One hundred and twenty-two medallions were made for ministers, but another thirteen non-politicians also received one. They included the three Chiefs of Staff: Field Marshal Lord Alanbrooke, Admiral of the Fleet Lord Cunningham, and Air Chief Marshal Lord Portal. The final medallion, which Churchill had silver plated, was presented to King George VI, who gave it to the British Museum.

Alongside Lord Alanbrooke’s medallion, we have a personal letter from Churchill in which he asks “My dear Brookie” to accept the medallion as a “small souvenir of all we went through together in years in which we played our part in saving the freedom of the world – for the time being.” 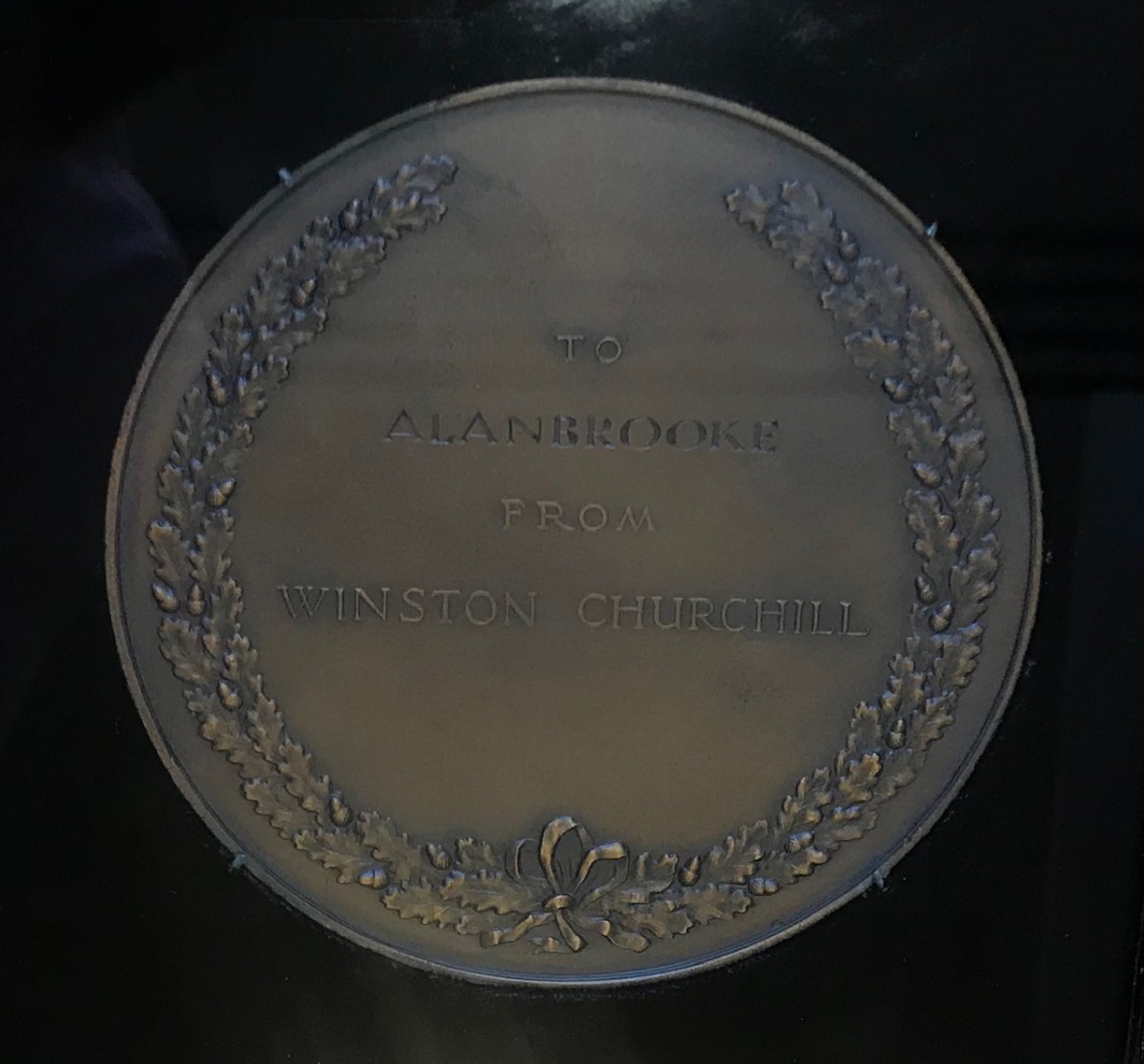