Object of the Month - April

When the French navy launched the powerful ironclad ‘Glorie’ in 1859 the intent was to challenge Britain’s supremacy of the sea, but its implied threat was also to reverberate on land. With fears of a Gallic invasion in mind, a ‘Royal Commission on the Defence of the United Kingdom’ was hastily convened to investigate fortifying the Royal Navy’s vital ports and installations. That one French ship may not have launched a thousand forts, but by the time the Commission presented its recommendations in 1860, the projected bill ran to £11.85 million pounds, (some £1.45 billion in today’s money).

Much of this colossal expense was to be absorbed by the forts’ massive cut-granite gun emplacements, with thick wrought iron shields to protect both gun and crew. Fortunately, an alternative approach had already occurred to the inventive mind of a Captain Scott-Moncreiff, who formally submitted his designs for a ‘Disappearing Carriage’ in 1865, the same year that work began on Portsmouth’s ring of expensive ‘Palmerston’s Follies’.

Instead of presenting a clear target to a hostile fleet, Moncreiff hid the gun in a pit behind a simple parapet, mounted on two long arms with a counterweight. Releasing the counterweight swung the gun up above the parapet to fire, whereupon the recoil force drove it back down to be reloaded. Not only did this save in stone and armour but it left the location of the gun a mystery till the moment of firing.

First trialled in 1871, the system steadily evolved as the power and length of the guns increased, with the counterweight being replaced by a hydraulic piston whose valves controlled the recoil and release. Adopted for use across the British Empire, an example of this precise pattern of gun and carriage has been preserved in the Lei Yue Mun Fort which now houses the Hong Kong Museum of Coastal Defence.

Built in the same Woolwich workshops as its full-sized equivalent, this exquisite model was crafted by the Royal Carriage Department (RCD) in 1891. Designed to demonstrate the mechanism, its cast brass arms carry the polished mahogany barrel down, through the slotted steel splinter canopy, and into the forest of steam-punk gears and pistons below. The irony of all this Victorian ingenuity was the number of years these elaborate defences took to construct. By the time the majority of forts were commissioned Prussia had already defeated France in 1871, and the threat of invasion had simply disappeared… 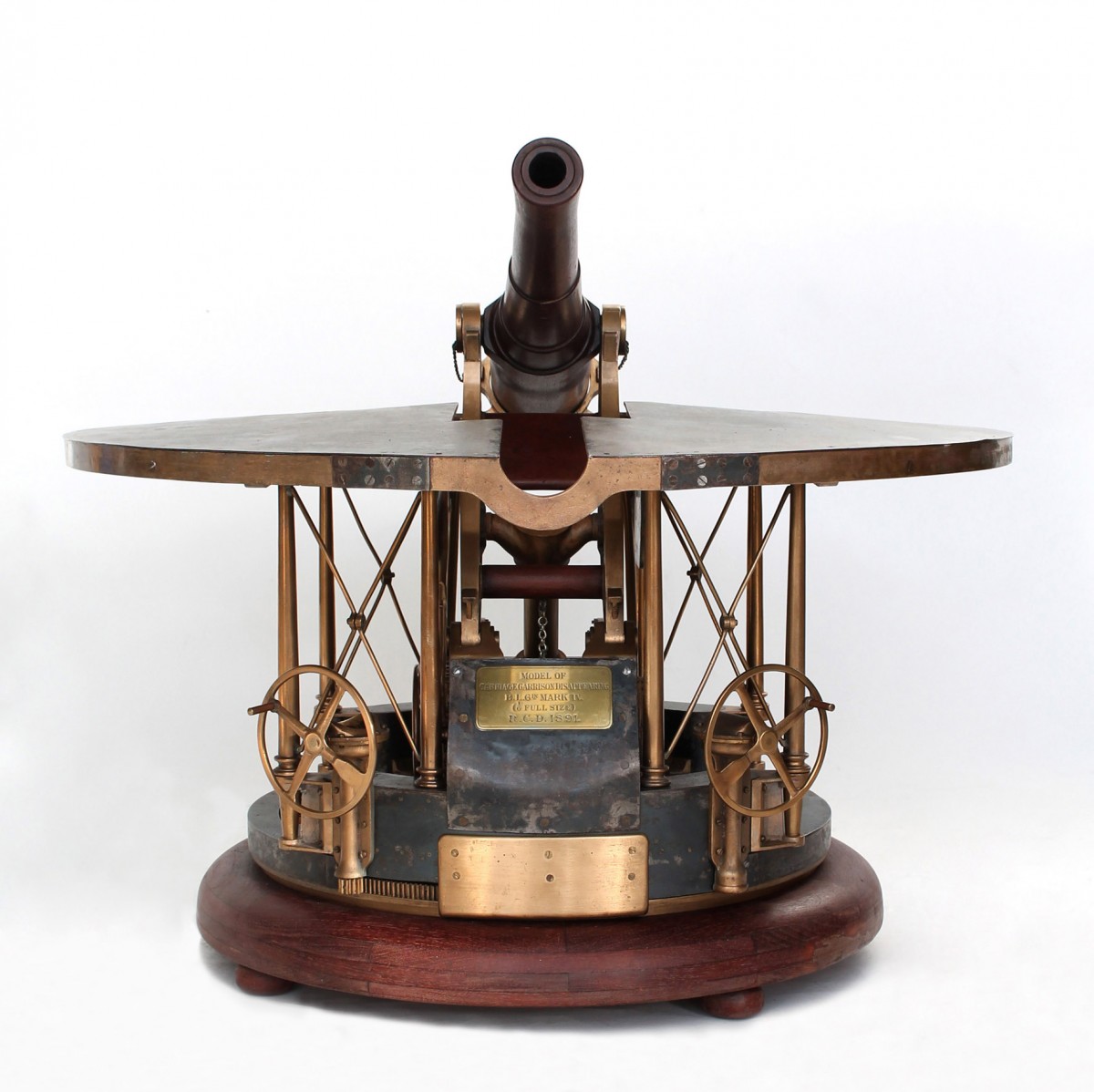 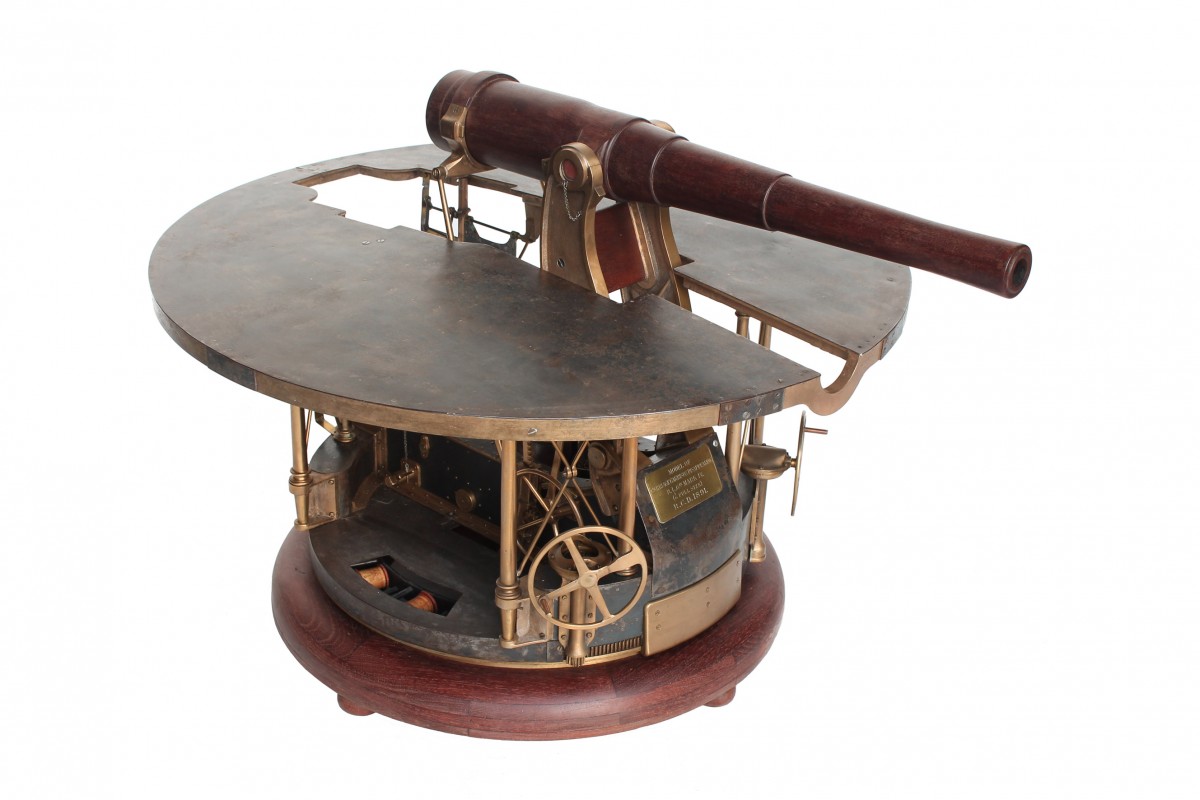 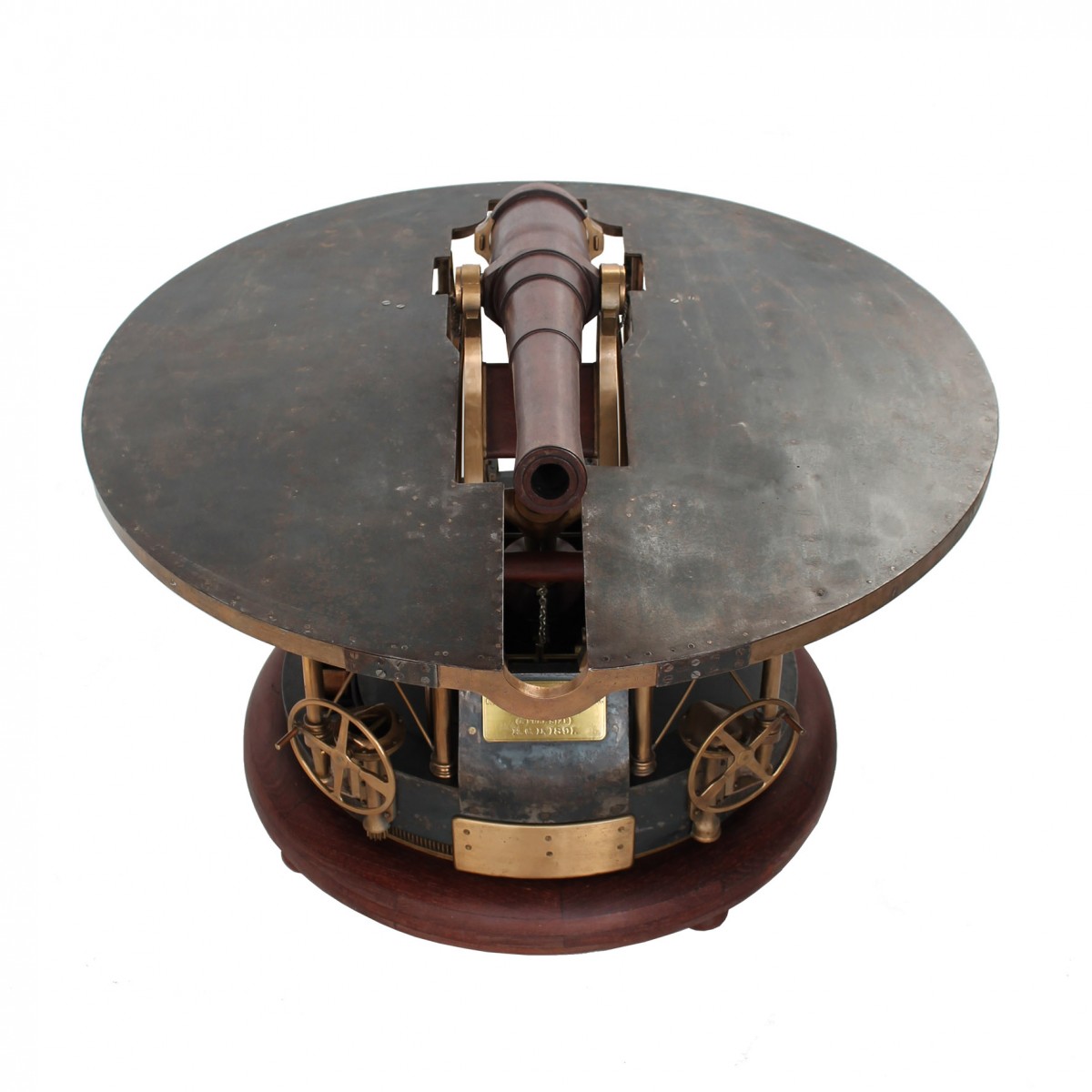 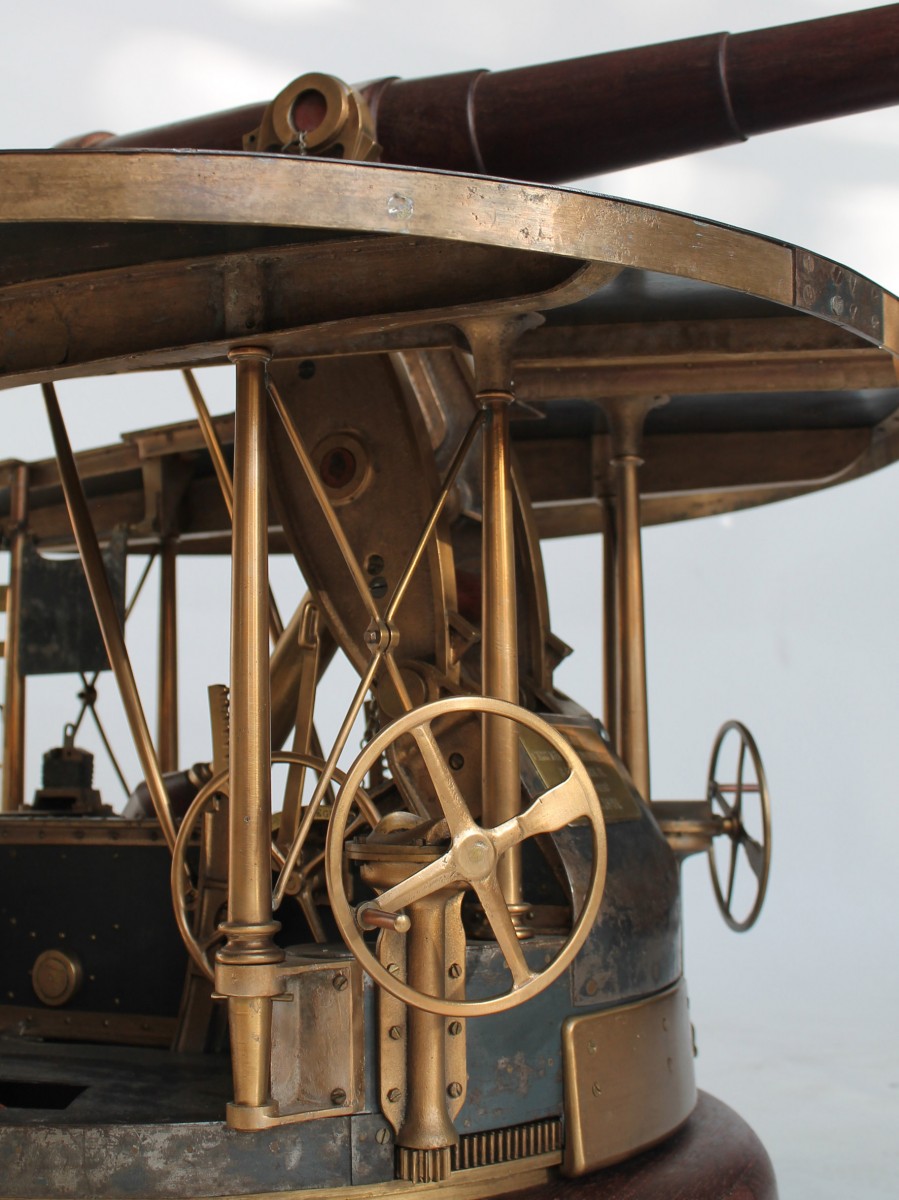