Object of the Month - March

Our collection houses a host of regimental and General Staff military uniforms spanning hundreds of years, and used in campaigns across the globe. Mid-19th century examples were often quite elaborate, and those of the dashing Gunners of the Bengal Horse Artillery were no exception. Formed in 1800, this arm was regarded as an elite unit within the Bengal Army (which was controlled by the Honourable East India Company).

This officer’s helmet reflects both the status of its wearer and the exotic location of his posting. Partly inspired by the heavy British cavalry helmet, its close-fitting black leather is wrapped with a simulated leopard skin turban, embellished with chains, and edged with a gilt and brass title band bearing a cannon at its centre.

The overlapping brass chin scales are anchored with elaborate rosettes and clasped by two finely detailed tiger’s paws. Above this rises a dramatic classical comb ending in the grotesque head of the gorgon, Medusa, and the flickering forked tongues of her writhing serpent hair. A long, scarlet horsehair plume cascades down from the comb which led their Afghan adversaries to dub them the ’Red Men’.

This helmet’s fearsome aspect was matched by the fighting qualities of those who wore it. On the disastrous retreat from Kabul in 1843, the Horse Gunners of 1st Troop, 1st Brigade, continued to fight as cavalry long after their artillery pieces had been abandoned. Protecting the rear of the straggling column, they fought to the last man, repeatedly charging the Afghan irregulars who pursued them through the icy passes. The brigades of the Bengal Horse Artillery were transferred to the Royal Artillery in 1861 in the aftermath of the Indian Mutiny which ended the East India Company’s dominant position on the Sub-Continent. Today’s F (Sphinx) Parachute Battery RHA can claim direct descent from that brave troop of ‘Red Men’. 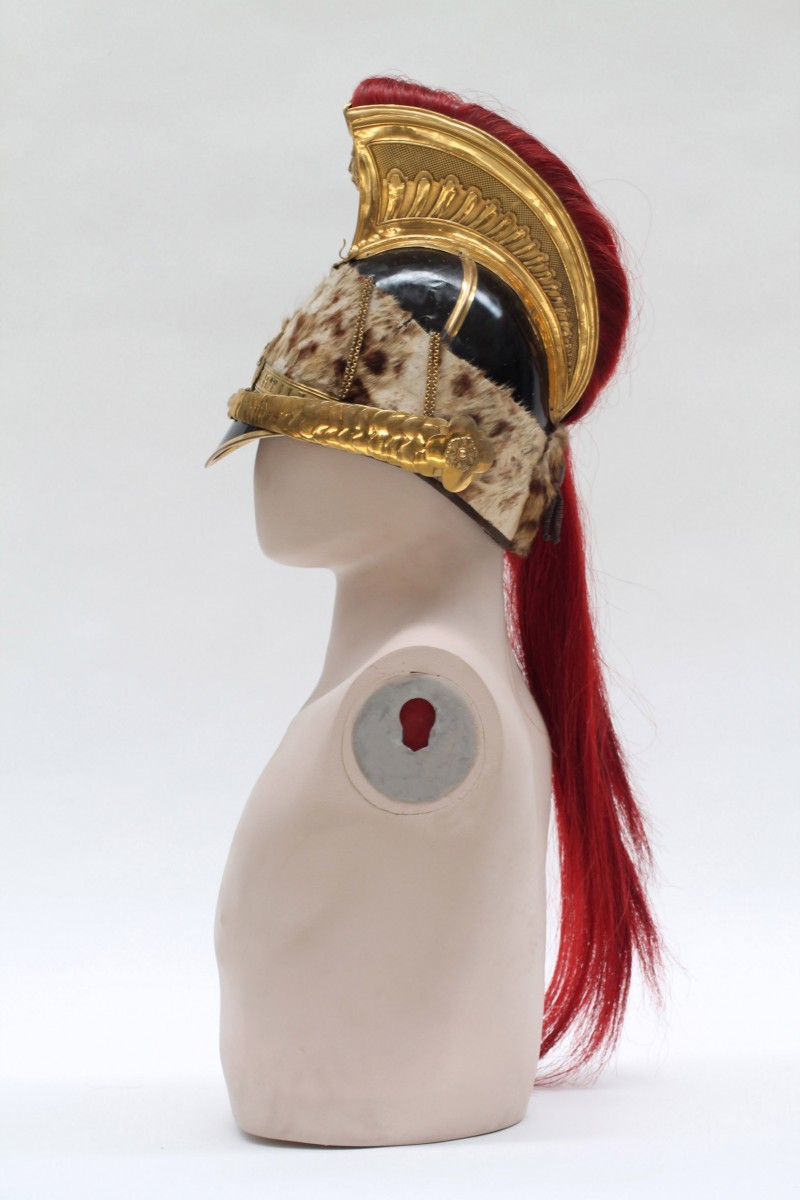 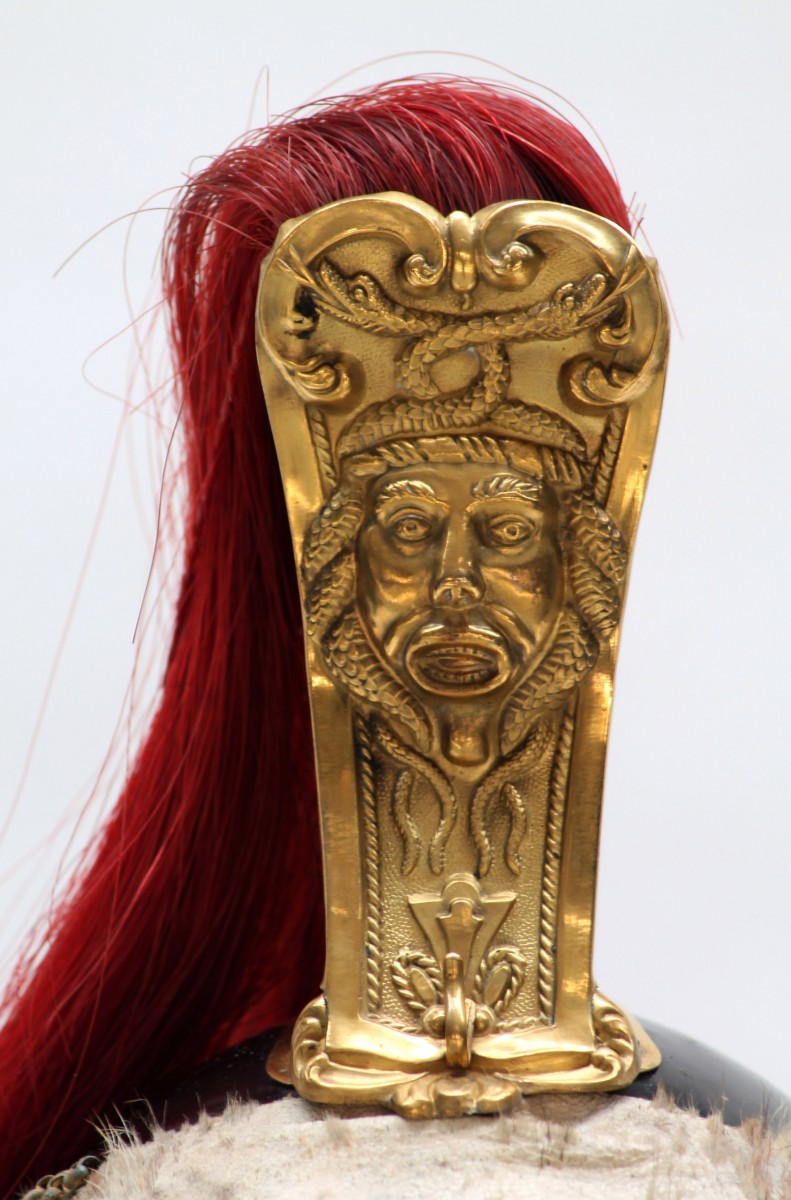 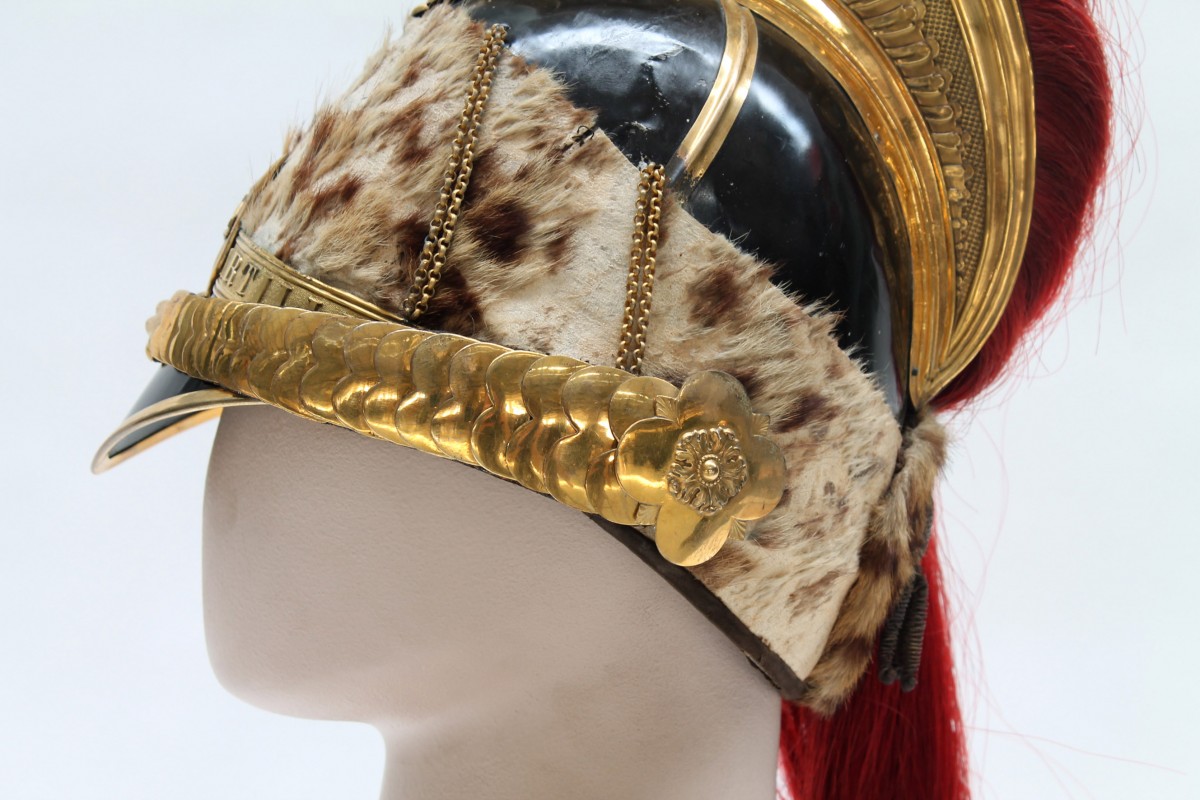 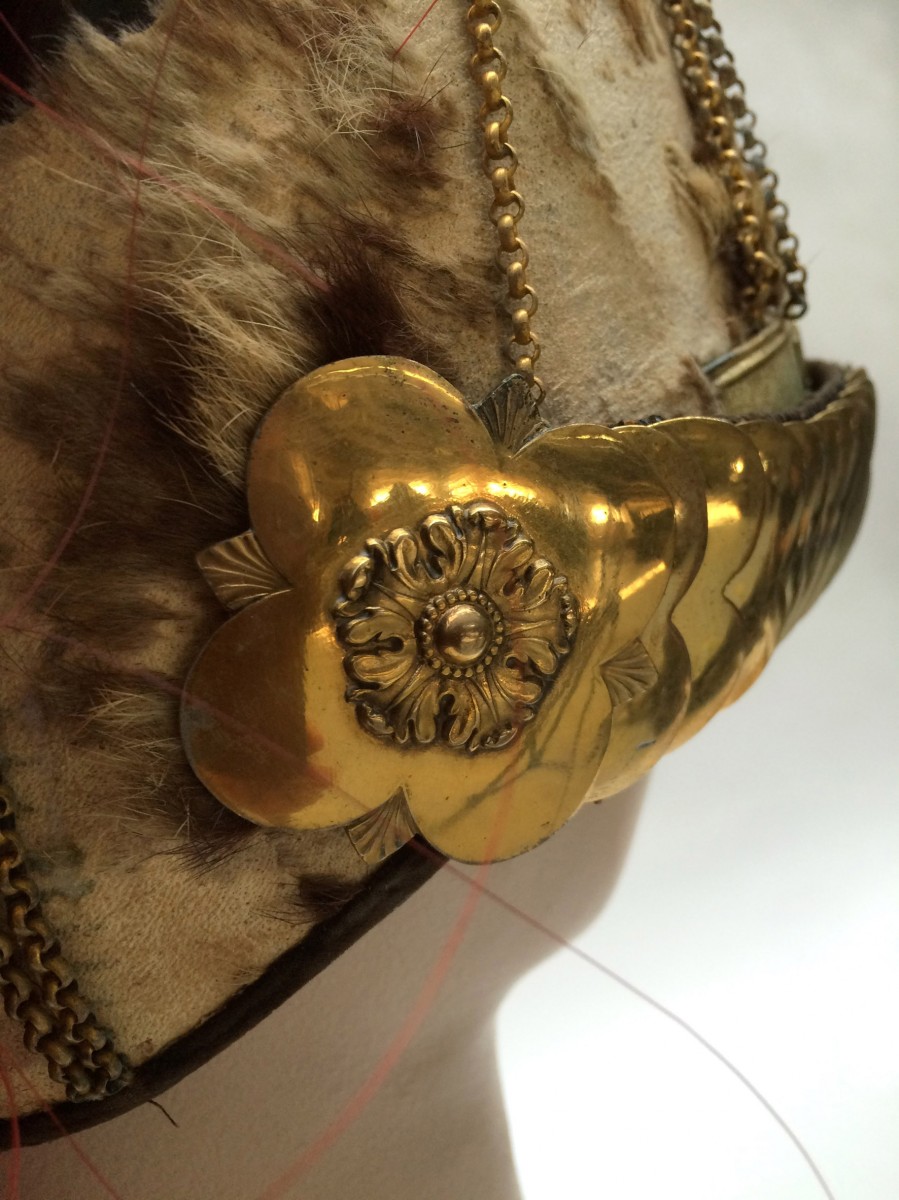